Which Homeowners And Investors Are Set To Profit From The New Sydney Metro West Stations?

Posted on October 30, 2019 by Harry Charalambous

It’s ‘game on’ in and around the proposed Sydney Metro West stations as investors and developers zero in on property in the area. As you would expect with such a large $20 billion project, there are going to be some big winners, mostly property owners, who are set to profit thanks to an increase in property values in and around the five new inner west stations announced by the NSW Government recently.

If you are currently holding property in and around the Bays Precinct, Five Dock, Burwood North, North Strathfield and Sydney Olympic Park chances are you are already seeing a value increase even though the project is not expected to deliver rail service until 2030. 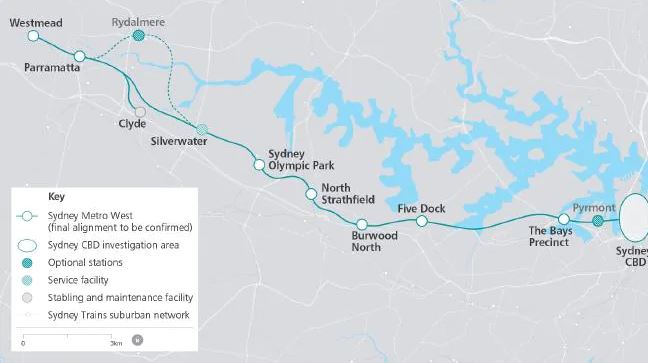 We expect the value in these areas to continue to increase as we move towards 2030 as more buyers and investors ‘move’ into these areas to benefit from the lower transfer times into the Sydney CBD.

We know that living close to stations with fast and convenient access to the Sydney CBD is highly desirable and so we expect to see new homeowners, investors and developers buying in and around these new stations in anticipation of the opening of the Sydney Metro rail project.

Homeowners and investors, in key areas in and around the new stations, will potentially be able to maximise the value of their land by working together to join forces to offer a greater footprint to developers.

Still to be finalised are potential stations at Pyrmont and Rydalmere with the Government continuing their investigation into these areas along with a decision as to where the CBD station will be located. The Government has also flagged possible stops at Rydal and Silverwater but neither stations have been confirmed at this stage.

The balance between more stations and speed into the Sydney CBD is one the Government is committed to get right, otherwise the $20 billion dollar project won’t be able to deliver on it’s promise of lower travel times.

We also know that over 100 properties will be forcibly acquired for the line’s construction.

This announcement of new stations creates a whole range of new strategies for property investors to benefit now and into the future along the Sydney Metro West project.