Property market picks up in 2011 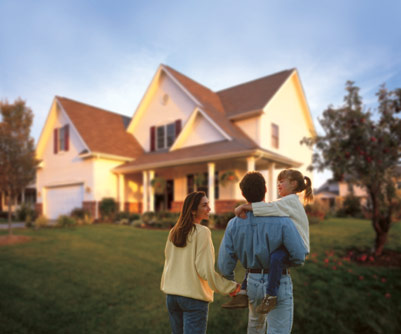 After a slow start to the year, BIS Shrapnel is predicting that property will pick up speed in second half of 2011.

According to the forecaster’s Building Industry Prospects report, the total number of new dwelling approvals is expected to rise eight per cent to 177,000 in 2011/12 – the highest level since 2003/04.

“However, these incentives only served to pull forward existing demand, with first home buyers who would have otherwise been in the market in 2010 entering the market in 2009 to take advantage of the increased incentives before they expired. As a result, there was a drop off in first home buyers in 2010, which has been evident by the decline in new house approvals through the second half of last year.”

The number of loans approved for first home buyers nationally by the middle of 2010 was nearly 60 per cent below the same (albeit elevated) period in 2009. With first home buyer demand well down, upgrader demand for new dwellings also eased as fewer potential buyers were in the market for their existing properties.

As a result, BIS Shrapnel is forecasting new house approvals to record a decline of 11 per cent in 2010/11. However, strong investor demand is driving further growth of 26 per cent in other dwelling approvals (private medium and high density dwellings).

“With the lower level of construction since the Global Financial Crisis, supply has fallen further behind underlying demand, and there is a rising deficiency of dwelling stock,” said Mr Zigomanis.

“At the same time, there is evidence that that the drop off of first-home buyers has now bottomed out. The latest data for the month of December 2010 indicates that the number of first home buyers improved to a decline of 29 per cent on the previous year, while the actual number of loans given to first-home buyers was also the highest level since December 2009.”

BIS Shrapnel says the improvement in first-home buyer activity should continue through 2011 as the post-Boost Scheme decline in first-home buyers is played out and numbers slowly recover back to long term levels by the second half of the year. Together with the pent up demand from the deficiency of dwelling stock, and an environment where economic growth is picking up and interest rates are stable over the next six months, demand for new houses will subsequently increase as upgraders also take advantage of the stronger demand for their existing dwellings and trade up to a new house.