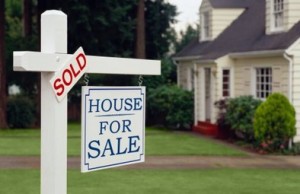 Affordability has improved considerably since the beginning of the year, a new report has found.According to Rismark and RP data’s Hedonic Home Value Index, Australia’s housing market flat lined in second half of 2010 – improving affordability issues.

Since the market started turning at the end of May, Australia’s capital city home values have declined by a total of 1.0 per cent seasonally-adjusted.

Over the September quarter, Australian capital city home values declined by just 0.4 per cent seasonally-adjusted.RP Data’s senior research analyst, Cameron Kusher commented that with market conditions expected to be flat for the remainder of 2010, astute investors should now look for opportunities to enter into the market.

“Early signs suggest that rental rates are once again improving, listings are at above average levels, and leading indicators such as time on market and vendor discounting are creeping up,” Mr Kusher said.

“For those active in the market there is increasing scope for price negotiation and less competition amongst buyers with an above average number of properties for sale. These conditions are likely to afford opportunities to purchase property at more competitive prices.”