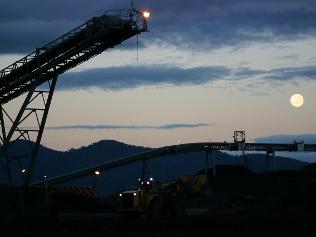 Hottest locations to invest … Resources boom towns, such as Muswellbrook in the Upper Hunter. Source: The Daily Telegraph

THE Hunter Valley has emerged as one of Australia’s hottest places to invest in property thanks to the international resources boom.

Property researcher Terry Ryder said he chose the top 10 regions based on their low prices, strong rental returns and potential for growth.

“There has been so much media attention on affordability issues but it tends to focus almost exclusively on the major cities,” he said.

“That ignores all the good prospects in some of our regional centres.”

Decent four-bedroom homes in Muswellbrook, on the doorstep of the Hunter Valley’s coal mines and horse studs, were advertised online yesterday for as little as $198,000.

But real estate experts predict those prices will climb dramatically with the opening of a billion-dollar coal mine and expansion of transport and energy infrastructure.

Approved in 2007, the Mangoola coal mine is expected to see more than 1500 miners and their families move to the area, many of whom will need rental accommodation.

“It’s a long, long time since I have seen such urgency in the marketplace,” he said.

“Rents are starting to increase dramatically, and that will start to turn investors’ heads.

Real Estate Institute of NSW president Wayne Stewart said the rural lifestyle on offer in the region added to its allure.

“Some of those areas are only an hour from the ocean and that is part of it as well,” he said.

According to the report, Glen Innes made it onto the list for its location at the junction of the New England and Gwydir highways, the quality of homes on offer and plans for new development in and around the town.